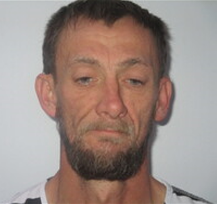 On Tuesday (February 1, 2022), a Washington Parish woman reported an assault by an acquaintance in the presence of her minor child. She reported also that she and her child were physically restrained from leaving the residence. A Washington Parish Sheriff’s Office deputy took the report, viewed the evidence and determined that the male aggressor was Timothy Moorman, age 39 and a resident of McCain Road. A warrant was obtained for Moorman’s arrest.

Early in Wednesday (February 2, 2022) morning, the same deputy spotted Moorman asleep in his vehicle which was parked behind a Franklinton business. He woke Moorman, took him into custody and transported him to the Washington Parish Jail where he was booked on charges of domestic abuse battery, two counts of domestic abuse child endangerment, false imprisonment and criminal damage to property.

“Only a coward attacks a woman in the presence of her child,” stated Sheriff Randy Seal. “Moorman’s charges dictate that he must appear before a judge. Meanwhile, he will remain in the Washington Parish Jail.”