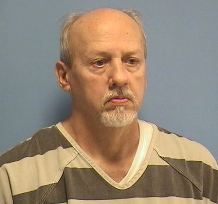 This case initially involved two child victims. The St. Tammany Parish Sheriff’s office issued a press release regarding Morgan’s arrest. Upon learning of the press release, an adult came forward and disclosed that they were also a victim of abuse by Morgan when they were a child.

The District Attorney expressed his thanks to the St. Tammany Parish Sheriff’s Office - Special Victim’s Unit for their outstanding investigation in this case.