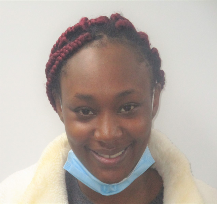 On Thursday (February 10, 2022), Philshala Fowler, age 26 and a resident of Yvonne Street in Franklinton, went to the lobby of the Washington Parish Jail, not realizing that she would be arrested. A routine check of her driver’s license by jail personnel revealed she had seven outstanding warrants, six for contempt of court and one for failure to appear in court. She was booked into the jail on those charges

Fowler has two previous Washington Parish arrests. In 2014, she was arrested by the Sheriff’s Office and charged with burglary of an inhabited dwelling. The Franklinton Police Department arrested her in 2019 on charges of burglary and contempt of court.

“I’m certain Fowler’s day didn’t turn out as she expected,” stated Sheriff Randy Seal. “Our alert jail personnel always do a background check on persons who come to the jail to bring items to inmates, to bond inmates out of jail, or whatever. That is simply good, common sense security. It is not unusual to discover jail visitors who have outstanding warrants. In such cases, the next step is arrest.”