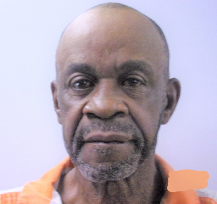 On January 1, 2022, Washington Parish Sheriff’s Office deputies responded to a residence on Highway 38 after reports of a stabbing. Arriving at the scene, deputies discovered a woman who had been stabbed in the neck after an argument with an intoxicated male. Northshore EMS arrived at the scene and transported to a regional hospital for treatment. The male was taken into custody and transported to the Washington Parish Jail.

After questioning by a Washington Parish Sheriff’s Office detective, 60 year-old Randy Davis was arrested and charged with attempted murder and aggravated assault. He was also booked into the jail on outstanding warrants for failure to appear in court and driving under suspension. Bond was set at $2,500.

“Not a good way to start the new year,” stated Sheriff Randy Seal. “Domestic disputes, coupled with alcohol consumption, never have a good outcome. I offer my thanks to our officers and Northshore personnel who responded and managed this situation.”