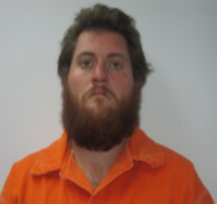 Wednesday (January 26, 2022), Washington Parish Sheriff’s Office deputies responded to Old Columbia Road north of Franklinton in reference to reports of a male looking inside residential mailboxes. When deputies arrived on the scene, they discovered Brad Joseph Wright, Jr., age 34, checking the inside of a mailbox that did not belong to him.

While deputies detained Wright at the scene, they discovered he was in possession of two packages which were not addressed to him, a fully loaded .40 caliber semi-automatic pistol, an additional fully loaded magazine for his pistol and a quantity of cocaine and marijuana. Wright was placed under arrest and transported to the Washington Parish Jail. The packages in his possession were returned to the proper mailbox.

Wright has three previous stays in the Washington Parish Jail. In 2011 he was charged with battery. In 2012 he was arrested on a theft charge. A second theft charge followed in 2014.

“This is a good lesson for rural residents,” stated Sheriff Randy Seal. “If you are expecting a package or anything else of value to arrive in the mail, keep a close watch on your mailbox and remove items as soon as possible. Neighbors, keep an eye out for each other. If you see a suspicious person around your mailbox or anywhere else in your neighborhood, call us. We will respond just as we did in this situation. While the situation with Wright might seem passive, it could easily have escalated if he had chosen to retrieve his weapon. Our deputies must always be on alert for the unexpected.”