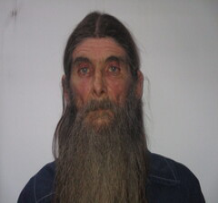 Early in this morning (December 15, 2021), Washington Parish Sheriff’s Office deputies responded to a report of a disturbance on Pleasure Island Road and arrested Michael Lee Hillburn, age 60. Hillburn was transported to the Washington Parish Jail on charges of aggravated assault with a firearm and obstruction of justice.

Witnesses at the scene testified that Hillburn and another man were in a verbal argument which led to Hillburn producing a handgun and pointing it at the other man. When questioned, both men were uncooperative and Hillburn denied having a weapon. When told that deputies would not leave the scene until the weapon was discovered, Hillburn finally revealed that he had tossed it onto the roof of the residence. Deputies then obtained a ladder and discovered the .45 caliber weapon where Hillburn indicated he had thrown it.

“Arguments and handguns often lead to disastrous results,” stated Sheriff Randy Seal. “Thankfully, tempers did not escalate to the point that the firearm was discharged. Nevertheless, it was a potentially dangerous situation that could have been worse if not for the intervention of our officers.”