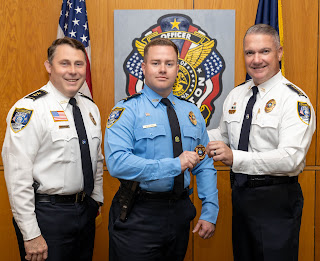 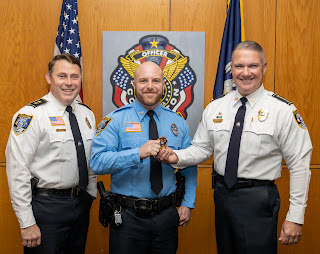 Lieutenant Miller has been with CPD since 2014 where he served as a patrol officer and shift sergeant on Criminal Patrol. Lieutenant Miller has now been assigned to CPD's training division, and currently is CPD's POST Firearms Instructor for
the agency. Miller is the son of the late Denver Miller and grandson of the late Carruth Miller, both long-time Washington Parish law enforcement officers. Bret served in the U. S. Army after graduation from Mt. Hermon School and resides in Abita Springs with his wife and three children.

Congratulations to both Lieutenant Miller and Sergeant Morgan on the promotions!