The individuals, Sarah Scarberry and Shelby Brent, were identified and detained by deputies. The victims then noticed items missing from the property, including an All-Terrain Vehicle (ATV). While on scene, deputies discovered stolen items on the property from other burglaries.

While processing the scene, the victim pointed out a passing truck towing the stolen ATV. Deputies conducted a traffic stop and the two occupants, Zachary Gill and Robert Kleppinger, were identified. The victim identified the ATV as the one stolen. The ATV had been repainted by the suspects. 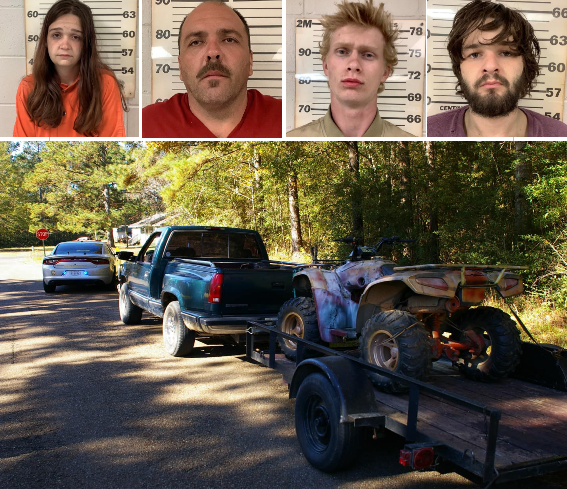