Inmate Arrested on Sex Charge While in Jail 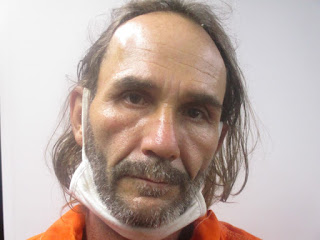 Responding to allegations that a parish jail inmate might have committed a sex offense, Washington Parish Sheriff’s Office corrections deputies began an investigation. After investigating the allegation and viewing surveillance video, corrections deputies obtained a warrant for the arrest of the inmate. Steve Hopkins, Jr., age 49 and a resident of Highway 60 who has been in the Washington Parish Jail since September 2020, was arrested again on November 15, 2021 for the offense of oral sexual battery. Bond has been set at $100,000.00.

Hopkins first arrest was in February 2020 on charges of second degree cruelty to juveniles, obstruction of justice, unlawful ownership of a vicious dog and failure to appear in court. His second arrest in September of the same year was for simple burglary, being a convicted felon in possession of a firearm and resisting an officer.

“Our corrections deputies do an outstanding job,” stated Sheriff Randy Seal. “They have the toughest job in the criminal justice system and handle their duties with professionalism and integrity.”