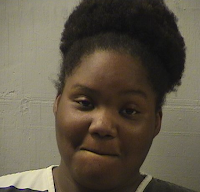 District Attorney Warren Montgomery advises that Larrianna Jameese Jackson, age 18 and of Covington, was charged on October 15, 2021 with felony Second Degree Battery and Cruelty to the Infirmed. Jackson faces up to 10 years and will be arraigned by 22nd Judicial District Court Judge Richard A. Swartz on December 8, 2021 at 9AM.

Jackson was arrested on October 6, 2021 by the Covington Police Department on the felony charge of Battery of a School Teacher. CPD had responded to Covington High School in reference to a student physically assaulting a schoolteacher after the dismissal bell rang. Officers reportedly learned that the disabled 64-year-old schoolteacher, was viciously attacked by Jackson. Due to injuries sustained by the attack, the teacher had to seek medical attention at a local hospital.

Officers on scene were also provided a video that captured the entire incident. The video shows the schoolteacher sitting at her desk where she appears to be talking to Jackson. After a moment, Jackson punches the teacher, causing the teacher to fall to the ground. As the teacher fell to the ground, Jackson continues to violently punch the teacher.

Officers learned that the attack by Jackson may have been prompted by a viral social media application known as Tik-Tok. Evidently users on the app have deemed it to be a challenge to damage school property and attack teachers.