Slidell: “Beef About a Boy” Leads to “Girl Fight” / 6 Arrested 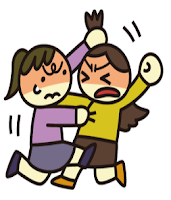 When officers arrived, they were able to restore order and separate the involved parties. A portion of the restaurant was in disarray with broken dishes, glasses, and damaged furniture. The investigation determined that there were two groups of females who “had a beef about a social media post over a boy”. One of the females from one group spit on a girl from the other group, and the fight was on!