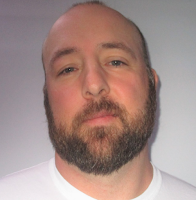 Brandon Applewhite, age 36 and a former Bogalusa firefighter who resides on Highway 436, was arrested for the third time last week (September 7, 2021). His first arrest occurred in May 2021 when he was charged with non-consensual disclosure of a private picture, extortion and malfeasance. In June 2021 he was arrested again on a charge of second degree rape. He was booked on another charge of second degree rape on September 7, 2021 and released on September 9, 2021 after posting a $75,000 bond.

The arrests are the result of an ongoing investigation by the Criminal Investigation Division of the Washington Parish Sheriff’s Office. Any individual who might have more information regarding this very serious matter is asked to contact Detective Captain Tom Anderson at (985) 661-6024.

“As I stated after Applewhite’s arrest in June, this is a complex case of manipulation involving several females,” stated Sheriff Randy Seal. “I am so pleased with the continued investigation by our detective division in cooperation with the Bogalusa Police Department. If anyone has additional information about this ongoing matter, please contact Captain Anderson.”