Disturbance 1. A tropical wave located over the central tropical Atlantic continues to produce a broad area of disorganized showers and thunderstorms. Environmental conditions are expected to be marginally conducive for some slow development east of the Lesser Antilles by early next week while the disturbance moves west-northwestward at 10 to 15 mph. Formation chance through 48 hours is near 0% and formation chance through 5 days is at 20%.

Disturbance 2. A westward-moving tropical wave just inland over Africa is expected to move off of the west African coast later today. Environmental conditions appear somewhat conducive for gradual development, and a tropical depression could form over the eastern tropical Atlantic by late Sunday or early next week while the system moves westward to west-northwestward at about 15 mph. Formation chance through 48 hours is at 20% and formation chance through 5 days is at 60%. 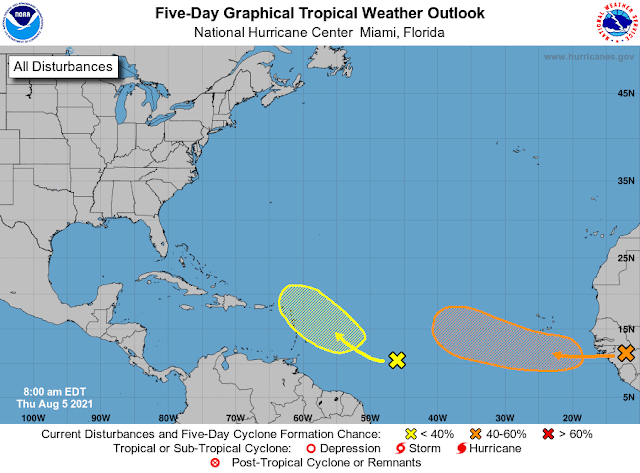