Arrest Made in Murder of 71-Year-Old Mandeville Man 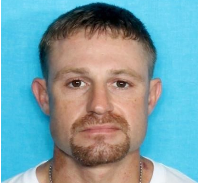 The victim was discovered deceased in his Mandeville residence on July 16, 2021. Hurst was developed as a suspect in the apparent homicide after the scene was processed by detectives from MPD and St. Tammany Parish Sheriff's Office Crime Scene Specialists. The victim's vehicle was missing from the residence and detectives determined that the vehicle had been driven from the area by Hurst several weeks prior to the discovery of the body. The vehicle has not been recovered.

Hurst reportedly confessed to both the murder and the theft of the vehicle, providing specific details of the crime scene not publicly released by police.