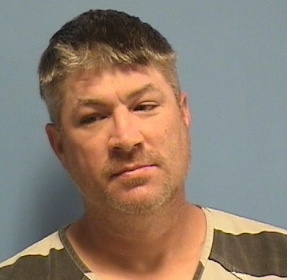 On Saturday, August 21, 2021, shortly before 7:00 pm, the St. Tammany Parish Sheriff’s office responded to an address on Grand Lake Drive in Covington in reference to reported possible hostage situation. A man had called and reported his son lived at the address, was suspected to be off his medication, and possibly holding a female against her will.

Upon arrival, deputies attempted to safely make contact with someone, but instead observed an unknown subject inside the residence look out the blinds, before closing the blinds and refusing to respond to deputies. A neighborhood witness advised deputies that, some time before deputies arrival, a woman was observed frantically exiting the rear door of the residence, before being drug back inside by her hair.

The STPSO Special Weapons and Tactical team, along with the agency’s hostage negotiation team, responded to the scene, and not long afterwards, the female was escaped from her assailant and was rescued from the residence. Once the victim was safely secured, entry was made into the residence and the male was taken into custody without incident shortly before 11:00 pm. A search warrant was executed on the residence and a handgun was located, seized and secured as evidence.

Bryan Talamo, age 44, was arrested and will be facing the following criminal charges: Simple Battery (Domestic violence), Kidnapping, and Possession of firearm by felon.

The female victim sustained minor injuries and was offered medical treatment by deputies on scene, but she chose not to be transported to a local area hospital for further medical assessment.

The Sheriff’s Office had responded to the address multiple times in the past in reference to domestic violence incidents. One of those times, Talamo was arrested for aggravated assault resulting from an incident not involving the victim of Saturday night’s hostage situation.

“Domestic violence calls are known to be some of the most dangerous, and this one was no different. Anytime we deal with a possible hostage situation we will utilize any and all resources to protect the lives of those involved,” Sheriff Randy Smith said. “Thanks to an alert father, along with the quick, cautious, and stealthy actions of patrol deputies, the Swat team, and the negotiators, this incident was resolved with a victim safely rescued and her assailant safely in custody. Now, hopefully both parties can get the help needed from the available resources in order to break the vicious cycle of domestic violence.”