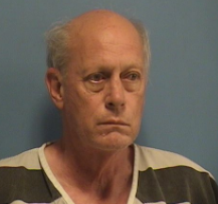 The criminal investigation is still on-going. Additional charges could be filed at a later date.