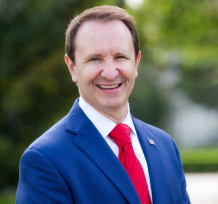 Attorney General Jeff Landry recently joined Louisiana to a coalition of 24 states filing a legal brief at the U.S. Supreme Court in support of Mississippi’s law banning abortions after 15 weeks. The amicus brief in Dobbs v. Jackson Women's Health Organization argues that Roe v. Wade should be overturned because it has no basis in the Constitution.

“I will never waver in my defense of the unborn,” said Attorney General Landry. “And I will always support a state's right to protect the unborn and their mothers.”

Attorney General Landry’s brief submits that Roe v. Wade and Casey v. Planned Parenthood were wrongly decided and are the cause of inconsistent rulings and differing jurisprudence.

“Because the purported right to abortion lacks any textual or historical foundation, it is defined only by the Court's constantly changing opinions,” wrote Attorney General Landry and his colleagues who believe decisions on abortion should be returned to the states.