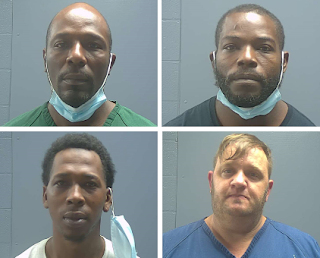 Chief Jimmy Travis reported today (August 16, 2021) that  a little over one month ago, Tangipahoa Parish Sheriff’s Office narcotics agents initiated a criminal investigation into narcotic trafficking in the Kentwood area. Four individuals, all from Kentwood, have been arrested. They are

During the investigation, narcotics agents witnessed numerous drug transactions and orchestrated multiple undercover controlled purchases from the accused. On August 13, 2021, TPSO agents obtained and executed search and seizure warrants at two Kentwood residences: one was at a residence connected to Tommie Cardell Lee and the other was at a residence connected to Michael Tyrone White.