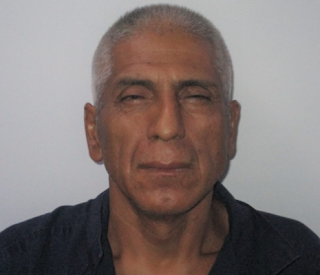 On July 15, 2021, an Independence, Louisiana, man was arrested by a Washington Parish Sheriff’s Office patrol deputy who observed a vehicle being driving in a careless manner on Highway 436. After stopping the vehicle, the deputy encountered 55 year-old Dagoberto Sifuente Rodriguez. When Rodriguez exited his vehicle, the officer spotted a clear bag which appeared to contain drugs. Further examination of the vehicle revealed two bags containing methamphetamine and drug paraphernalia.

Rodriguez was arrested and transported to the Washington Parish Jail where he was booked on charges of two counts of possession of illegal drugs, possession of drug paraphernalia, careless operation of a motor vehicle, having no driver’s license and improper lane usage. While Rodriguez was being booked into the jail, it was discovered he had outstanding warrants for issuing worthless checks and failure to appear in court.

“Methamphetamine is a sinister and dangerous drug,” stated Sheriff Randy Seal. “It does serious long-term damage to the central nervous system, the heart and the brain. It can be injected, snorted or smoked and is highly addictive. Meth is a commonly used and abused illegal narcotic that brings only misery and despair to the user. I am so pleased our deputy was able to remove this dangerous drug from our community.”