Same Day Arrest in Burglary of a Church South of Bogalusa 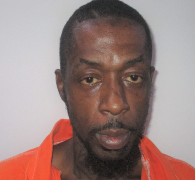 On July 17, 2021, the Washington Parish Sheriff’s Office was alerted to a burglary at a church south of Bogalusa. After responding to the scene and viewing surveillance video with the pastor, the burglar was identified as Jared Robert Hillery, age 35 and a resident of Highway 21 north of Bogalusa.

A quick response by deputies resulted in the same day recovery of the stolen items and the arrest of Hillery who was booked into the Washington Parish Jail charged with burglary, criminal mischief and an outstanding warrant for contempt of court. In January 2020, Hillery was jailed for theft of a motor vehicle. In December 2020 he was jailed again on charges of possession of illegal drugs, possession of drug paraphernalia and failure to appear in court.

“Timely reported and quickly solved,” stated Sheriff Randy Seal. “Once again, surveillance video provided quick identification of the burglar. I cannot over-emphasize the importance of parish business and residence owners installing video cameras on their property. Video always provides irrefutable evidence which helps to identify any intruder. I compliment the church for having good video surveillance.”