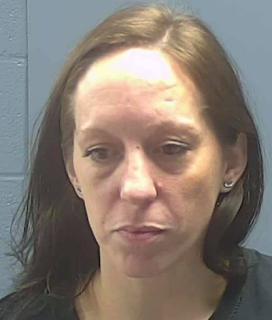 On June 16, 2021, detectives with the Tangipahoa Parish Sheriff’s Office began investigating a theft in which the victims debit card and $4,000 dollars in cash was stolen.

The victim stated she gave the suspect, identified as 35 year-old Mindy Reid, a ride to the Independence, Louisiana area. TPSO Chief Jimmy Travis reports the victim later noticed the items missing after returning home and filed a police report. Detectives determined that Reid used the victims debit card without her permission.

Arrest Warrants were obtained for Mindy Reid for Misdemeanor Theft, Identity Theft, Access Device Fraud. Detectives located the suspect at her residence where she was taken into custody.