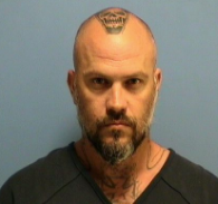 Judge Burris ordered that the counts be run consecutive to one another for a combined total of 200 years in the department of corrections. In addition, because the defendant lost control at sentencing and cursed at the Judge, he was ordered to serve another 6 months for Contempt of Court, to run consecutive to the other charges.

The sexual battery took place on March 27, 2018 and was discovered on May 9, 2018 when the defendant’s ex-girlfriend stumbled upon evidence of it while looking through the defendant’s cell phone.

During its investigation, law enforcement conducted a forensic examination of the defendant’s phone and found videos of the defendant touching the victim inappropriately as she slept, as well as numerous other videos of juvenile pornography.

The minor victim wrote an impact statement which was read in open court and her grandparents thanked the Court and the D.A.’s Office. Assistant District Attorneys Iain Dover and Luke Lancaster prosecuted the case.