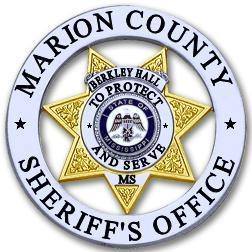 The Marion County MS. Sheriff's Office reports today (July 12, 2021) that they are investigating two separate shootings with one of the shootings resulting in the death of a Columbia, MS man.

In a separate incident, on July 10, 2021, at 5:58 PM, the Marion County Sheriff’s Office was dispatched to a reported shooting at 36 Brumfield Cut Off, Foxworth, Mississippi. Deputies arrived and found Aaron Bedwell (28) of Foxworth, with an apparent gunshot wound to the leg. Bedwell was transported to a local hospital for treatment. Marion County Sheriffs Office Investigators began to investigate the incident and determined the incident to be domestic related. Investigators charged Hannah Skylor Dours (23) of Foxworth, with aggravated assault for shooting Bedwell. The investigation is ongoing.