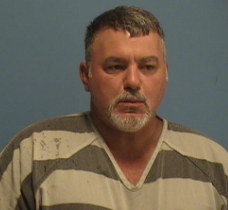 Last Thursday (July 8, 2021), the Louisiana Department of Agriculture and Forestry reported that the Special Rangers with the Texas and Southwestern Cattle Raisers Association (TSCRA) arrested Justin G. Thompson on behalf of the LDAF Livestock Brand Commission which had a warrant out for his arrest.

Thompson, age 42 and of Hineston, La., was booked into the Wood County Texas Jail in Quitman, Texas. Thompson is charged with five counts of theft over $25,000 and one count of theft over $5,000.  Thompson waived extradition proceedings and was transferred into the St. Tammany Parish Jail on July 9, 2021.

In March 2019, investigators with the LDAF Brand Commission received a complaint from a St. Tammany Parish livestock dealer. Following a joint investigation by the Brand Commission and the TSCRA, it was determined that Thompson allegedly created fraudulent invoices and diverted payments regarding the purchasing and selling of livestock belonging to the complainant.

LDAF Commissioner Mike Strain, D.V.M., said, “This is the third time our investigators have arrested Mr. Thompson on similar charges. Our investigators will continue to pursue complaints and hold wrongdoers accountable.”