One Wanted and One Arrested for Slidell Armed Robbery 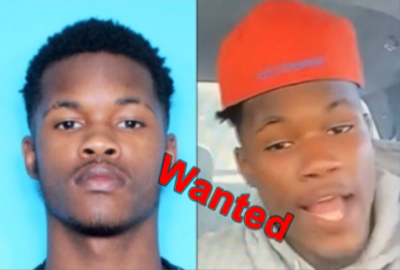 06/12/2021 UPDATE: Casmie Johnson has turned himself in and will be booked into the St. Tammany Parish Jail.

The St. Tammany Parish Sheriff’s Office has arrested a 17 year-old juvenile and is asking for the public’s help to locate a Slidell man wanted in connection with an armed robbery, which occurred Monday (June 7, 2021) outside a Slidell-area service station.

An individual contacted the STPSO after two men robbed him at gunpoint behind a gas station in the 2000 block of Oak Harbor Boulevard near Slidell. The victim told detectives he had arranged to meet up with a man at the location to purchase a firearm and instead two men showed up, one produced a firearm and they robbed him of the money he brought with him to purchase the gun before fleeing the area in a white Ford F150. The pickup truck, which was discovered to be stolen out of New Orleans, was located later that day at a nearby apartment complex.

The juvenile was picked up Friday (June 11, 2021) morning at his residence in Slidell and was booked into the Florida Parishes Juvenile Detention Center.

Johnson is described as approximately 5’9” tall, medium build with a dark complexion. His hair is short in length and twisted, and he has a mustache and a goatee. His known aliases included “Cap”, “Capo”, “Cas”, and “Lahcas”. He is believed to be in the New Orleans area, and is possibly in a white colored sedan. Anyone who knows the whereabouts of Casmie Johnson is asked to call Detective Folse at (985) 726-7842 or (985) 898-2338.

“I am proud of the detectives who worked hard to identify the individuals responsible for this crime, and I ask for the public’s help in locating the suspect who is still at large,” Sheriff Randy Smith said. “I also encourage everyone to use one of our Safe Trade locations, located at each of our district offices – on Brownswitch Road in Slidell, on Collins Boulevard in Covington and across from Fontainebleau High School on Highway 59 in Mandeville, when meeting people to make purchases and sales.”