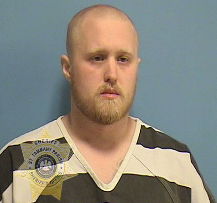 Shortly after 7 p.m. Thursday (June 10, 2021), St. Tammany Parish Sheriff's Office deputies were dispatched to the 1300 block of Valley Court near Folsom in reference to a reported shooting. Upon arrival, deputies located an adult male suffering from a fatal shotgun wound to the chest. The deceased was identified by the St. Tammany Parish Coroner’s Office as 55-year-old Darren Husak of Franklinton.

Husak had shown up at the residence of his ex-sister-in-law and was repeatedly asked to leave. The homeowner called her son, 30-year-old Steven Bent, who confronted Husak and ultimately shot him

Bent was arrested and booked into the St. Tammany Parish Jail on one count of Second-Degree Murder.

“Once again another domestic-related matter has turned deadly,” Sheriff Randy Smith said. “My prayers go out to all family members involved.”