Bogalusa Man With Lengthy Arrest Record Back in Jail 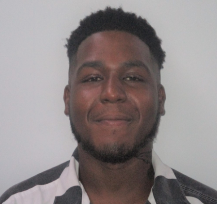 While patrolling on Spring Valley Road south of Bogalusa on Wednesay (June 23, 2021), a Washington Parish Sheriff’s Office deputy encountered Terry Vonsha Buckhanan, age 23 and a resident of Avenue E. Buckhanan was wanted on an outstanding warrant for failure to appear in court for a domestic abuse with strangulation charge. Buckhanan was arrested and transported to the Washington Parish Jail.

He has previous stays in the Washington Parish Jail beginning in 2017 when he faced multiple charges including carjacking, robbery, battery and eight counts of vehicle burglary. This was followed by a 2018 arrest for probation violation and second degree battery. Later in 2018, he was remanded to jail by a 22nd Judicial District Court Judge. He was arrested in 2019 for parole violation. In 2020, he faced charges of domestic abuse with strangulation, resisting an officer and disturbing the peace. In March 2021 he was arrested for possession of illegal drugs, resisting an officer, obstruction of justice and disturbing the peace in a violent manner.

“Mr. Buckhanan seems determined to continue his pattern of being arrested,” stated Sheriff Randy Seal. “I’m not certain what issues he has, but anger management seems to be one of them. Good job, deputy!”