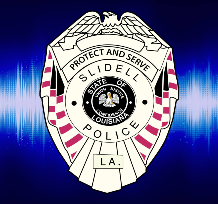 Slidell Police reported today (May 20, 2021) that Edward "Alex" Kruebbe, Jr., age 17 and of Slidell, is in custody for a triple stabbing that occurred Tuesday (May 18, 2021). Slidell Police had been dispatched at around 3:00 am to LaQuinta in reference to a stabbing in progress. When officers arrived, they located three juvenile victims who were stabbed multiple times. All victims were transported to local area hospitals with serious/critical injuries. However, all victims are expected to recover. According to witnesses, the juveniles were verbally arguing outside of the motel and the situation escalated.

In a separate incident, around 5:30pm, Slidell Police responded to Days Inn in reference to a stabbing in progress. When officers arrived, they found the clerk of the motel stabbed multiple times. The victim was transported to a local hospital with serious injuries, but is expected to recover. During the preliminary investigation, it was discovered that the motel clerk asked two guests to leave due to non-payment. An altercation ensued resulting in the clerk being stabbed multiple times. The two suspects have been identified as 24-year-old, Devin Wellman (homeless), and 36-year-old, Mariel Lewis (Harvey, LA). Wellman and Lewis both were arrested and charged with Attempted First-Degree Murder. Both remain in the St. Tammany Parish Jail with a bond set at $1,500.00.00.