Mandeville Man Gets 25 Years for Rape and Sexual Batteries 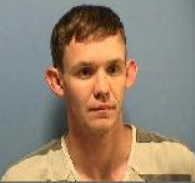 District Attorney Warren Montgomery reports that Richard Michael Deidrich, age 22 and from Mandeville, pleaded guilty on Monday, May 24, 2021 to two counts of sexual battery of a victim under 13 for crimes in 2016 and one count of second-degree rape in a separate case that occurred in 2020. Deidrich was sentenced to 25 years without benefit of probation, parole, or suspension of sentence by District Judge Vincent Lobello.

In 2016, the defendant, in his family home, committed a sexual battery on a twelve-year-old neighbor during a game of hide and seek. While investigating this charge, investigators uncovered additional acts of sexual battery against the same minor. The 2020 charge of second-degree rape involved the rape of a teenager outside her home following her high school graduation party.