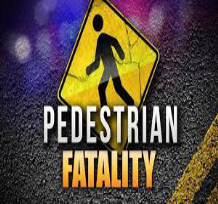 On Tuesday, April 6, 2021, shortly after 12:30 AM, Troopers from Louisiana State Police Troop L were dispatched to a fatal pedestrian crash on LA 22 near Sam Arnold Loop in Tangipahoa Parish. The crash has claimed the life of 39-year-old Scott R. Gagnon of Bangor, Maine.

The initial investigation led Troopers to determine that the crash occurred as Gagnon was walking westbound in the center of the eastbound lane of LA 22. While walking in the roadway, Gagnon was struck by a 1998 Toyota Corolla, which was traveling east on LA 22. Gagnon sustained fatal injuries and was pronounced deceased on scene. The driver of the Corolla was properly restrained and sustained minor injuries. There were no signs of impairment by the driver of the Corolla. As part of the ongoing investigation, standard toxicology tests are pending analysis.

According to information from the National Highway Traffic Safety Administration, in 2019, there were 6,205 fatalities involving pedestrians. The following guidance is offered to all pedestrians to maintain safety while walking.