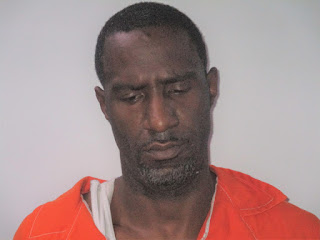 Donald Fredrick Dawson, age 34 and a resident of Highway 38, was arrested April 27, 2021 and booked into the Washington Parish Jail on charges of possession of a stolen firearm, being a convicted felon in possession of a firearm, failure to appear in court and a traffic violation.

The arrest occurred at the intersection of Highway 438 and Silas Johnson Road. During the encounter with Dawson, narcotics detectives discovered the handgun which had been reported stolen in Washington Parish. Detectives also discovered Dawson had a warrant for failure to appear in court for possession of heroin.

Dawson had previously been on parole for a manslaughter conviction and has been in the Washington Parish Jail several times since 2006 on various charges, including a 2011 arrest for murder which resulted in the manslaughter conviction. Other offenses during the years include domestic violence, aggravated assault, battery, violation of a protective order, telephone harassment and failure to appear in court.

“I’m grateful to our alert narcotics detectives who were able to take an illegal handgun out of our community,” stated Sheriff Randy Seal. “When officers make a traffic stop, they never know who or what they might encounter. Even the simplest traffic violation sometimes produces someone who has an outstanding warrant for a violent offense. I salute our officers who work daily to help make Washington Parish a safe place in which to live.”