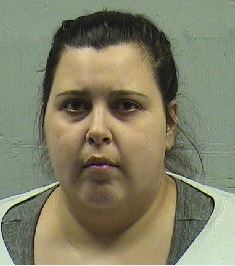 District Attorney Warren Montgomery reports that Danielle Gaspard, owner of the Mandeville-based Belissimo Interiors, was sentenced Friday to 30 years in prison for defrauding multiple clients out of thousands of dollars between December 2019 and February 2020.

Gaspard, 36, of Ponchatoula, had seven prior felony theft and fraud convictions and was sentenced by District Judge Scott Gardner as a multiple offender. Gardner considered Gaspard’s criminal history, as well as the severity of the charged offenses, in rejecting a request by her attorney to sentence her to less than the mandatory minimum of 20 years on some of the charges.

Two separate cases against Gaspard involve multiple victims, who all paid her for various home renovation projects by her company, but she did either some of the work or none at all. Gaspard pled guilty to the crimes in February.

In the first six-count case, Gardner handed down the following sentences, which are to be served at the same time:

In the second case, the concurrent sentences are:

· Count 5, forgery of a certificate of insurance, 20 years