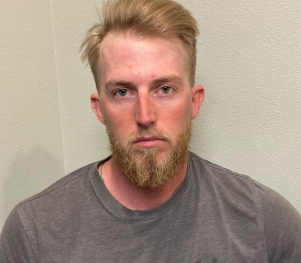 Tristen Blake Sullivan, age 29 and Franklinton, has been arrested in connection with a  fatal hit-and-run crash which occurred late Saturday (March 20, 2021) night in Madisonville, La.

Sullivan was taken into custody Wednesday (March 24, 2021) and will be booked into the St. Tammany Parish Jail on the following charges: Hit and Run Driving; Death or Serious Bodily Injury, Negligent Homicide, Negligent Injuring (3 counts), Improper lane use, and Driving Under Suspension.

The St. Tammany Parish Sheriff’s Office began investigating a fatal hit-and-run at the request of the Madisonville Police Department. The crash occurred near the intersection of Louisiana Highway 22 and Garden Drive. A Ford F250 crossed the center line of Highway 22 and struck a Chevrolet Tahoe head-on. The driver of the Chevrolet Tahoe was transported to an area hospital where he succumbed to his injuries and died. Four other passengers of the vehicle were also transported to an area hospital with one listed in critical condition. The driver of the Ford F250 fled on foot. K-9 deputies were called to the scene in an attempt to locate that driver, but those attempts were unsuccessful.

“I would like to offer my prayers and condolences to the family who lost a loved one and had several others injured in this deadly crash,” Sheriff Randy Smith said. “I applaud the laser-focused work of our traffic division who worked tirelessly to build a case and ultimately make an arrest.”