Casey Hidalgo Honored as 2021 Officer of the Year

From the Bogalusa Police Department

A/Sgt. Casey Hidalgo was honored on March 23, 2021, by the Bogalusa Rotary Club and the Bogalusa Police Department as the 2021 Officer of the Year.  Casey was hired by the Bogalusa Police Department as a full-time police officer in August, 2017, and graduated the Slidell Regional Police Academy in November, 2017.After spending a little over three years in the Patrol Division, Casey exhibited qualities that led to her assignment as Detective.  In April, 2020, Casey was promoted to Detective, which is her current assignment.  During her first year as a Detective, Casey excelled in her abilities to diversely investigate cases, learn quickly, and function as a vital part of the investigative team.  Casey shows compassion for others, empathy for victims of crimes, and a desire to thoroughly investigate every matter to insure a solid case in court.

The administration, as well as her co-workers in the investigation division, would like to congratulate her on a job well done. 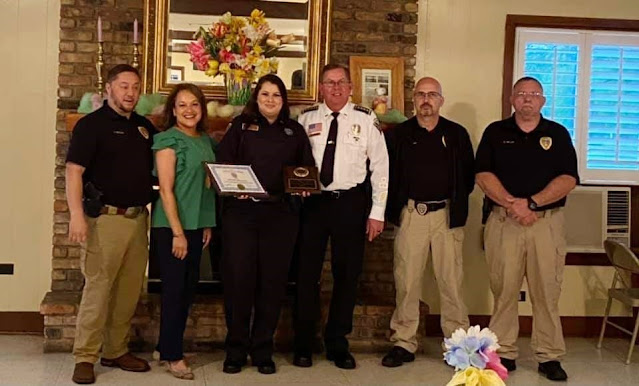