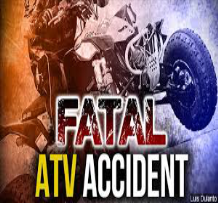 The initial investigation revealed that Jenkins was operating a 1984 Honda ATV on private property on the side of LA 436. For reasons still under investigation, Jenkins entered LA 436 directly in front of an eastbound 2009 Chevrolet Traverse. The Traverse impacted Jenkins causing him to be ejected off of his ATV.

Jenkins was not wearing a protective helmet and sustained fatal injuries. He was pronounced deceased on the scene by the Washington Parish Coroner’s Office and impairment is not suspected to be a causal factor in the crash. As part of the ongoing investigation, a blood sample was taken from Jenkins as well as the driver of the Chevrolet Traverse for scientific analysis. The crash remains under investigation.