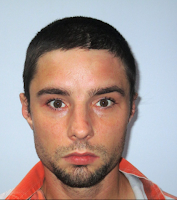 Today (January 26, 2021), Washington Parish Sheriff’s Office Deputy Randall Garcia responded to a Franklinton business where Franklinton Police Department Officers Harper and Leche had detained a parish man accused of shoplifting. As the officers ran a background check on the subject, they discovered he had outstanding warrants in Washington Parish.

As officers searched the suspect, identified as Matthew O’Brian Adams, age 31 and  a resident of Woody Road, they discovered a quantity of heroin and marijuana on his person. He was transported to the Washington Parish Jail and booked on the drug charges in addition to possession of drug paraphernalia and the two outstanding warrants for contempt of court.

Adams has five previous arrests in Washington Parish since 2008 on charges that included possession of marijuana, possession of drug paraphernalia, driving while intoxicated, failure to appear in court, theft, and cruelty to a juvenile.

“Believe it or not, this arrest came about because he shoplifted a PopTart,” said Sheriff Randy Seal. “At least he paid for the PopTart before heading off to jail. Thanks, officers Harper and Leche and Deputy Garcia, for making this arrest and getting more drugs out of our community.”