Murder Suspect May be Hiding Out in Folsom Area 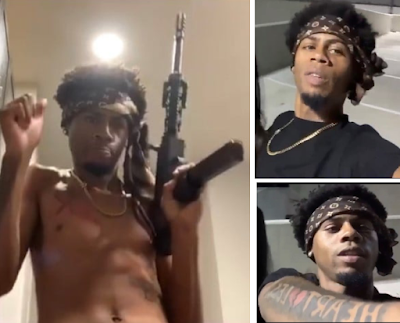 Crimestoppers and the US Marshal’s NOLA Fugitive Taskforce are asking the public’s assistance in locating Tajuan Renard Burnett, a fugitive wanted for Murder out of Ft. Worth, TX and believed to be hiding in the Folsom or other St. Tammany Parish area and should be considered armed and dangerous. A reward from Crimestoppers is available of up to $2500.00.

On November 7, 2020, the victim, Al Riles, age 27 and a former ULL Rajun Cajun wide receiver, was shot and killed in Ft Worth, Texas. Al was a graduate of ULL with a degree in criminal justice and a father of a baby girl. He had plans to try out for the NFL. But, on this evening, during what witnesses advise was a “not-so-serious” argument, Al was shot several times in the back by an individual later identified as his best friend, Tajuan Burnett. Shortly after, Burnett disappeared and has been on the run since. Fort Worth Police Department then requested the assistance of the US Marshals North Texas Regional Fugitive Trask Force for assistance in locating and arresting Burnett. The investigation into Burnett has led investigators to believe that Burnett is hiding out with friends in Louisiana, possibly in the St Tammany Parish / Folsom areas.

Information on the whereabouts of Tajuan Renard Burnett can be directed anonymously to Crimestoppers GNO at (504) 822-1111, www.Crimestoppersgno.org or by calling the U.S. Marshals New Orleans Task Force at (504) 589-6872 Task Force Officer K. Tao.