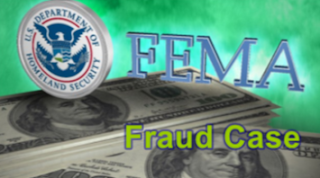 U.S. Attorney Peter G. Strasser announced that Kelly Gauthier, age 49 and a resident of Covington, Louisiana, pleaded guilty on December 9, 2020 to one count of Theft of Government Funds. According to the Bill of Information to which  Gauthier  pled guilty, she filed an application with FEMA on or about March 14, 2016, following severe storms and flooding across Louisiana.

Gauthier claimed that she needed assistance due to her ownership and occupancy of a home where she was living. In order to show her purported ownership of the home, Gauthier submitted fraudulent supporting documentation and was issued a total of $29,075.56 in FEMA assistance, including assistance for home repairs, rental assistance, transportation, and personal property.

Gauthier  faces a maximum sentence of ten years imprisonment, a fine of up to $250,000, up to three years of supervised release following any term of imprisonment, and a $100 mandatory special assessment. GAUTHIER’s sentencing hearing is scheduled before the Honorable U.S. District Judge Martin L.C. Feldman on March 10, 2021.

U.S. Attorney Peter G. Strasser praised the work of the Department of Homeland Security, Office of Inspector General, for its work in investigating this case. The case is being prosecuted by Assistant United States Attorney Shirin Hakimzadeh.