Cash and Drugs Seized During I-12 Traffic Stop 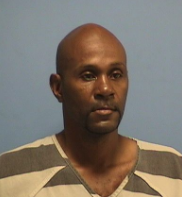 An early Tuesday (December 8, 2020) morning traffic stop on Interstate 12 uncovered more than two and a half pounds of Ecstasy tablets and more than six pounds of methamphetamine.

Shortly after midnight Tuesday morning, a member of the St. Tammany Parish Sheriff’s Highway Enforcement Unit conducted a routine traffic stop near Mandeville on an eastbound silver Lexus IS3 with a Mississippi license plate after observing the vehicle commit a traffic violation.

Deputies were questioning the driver, Anthony Perkins (age 54) of Carrier, Miss., when he got back in the vehicle and sped off. Deputies pursued the Lexus as it continued at speeds in excess of 130 miles per hour eastbound on I-12. During the pursuit, deputies observed Perkins throw what was later discovered to be illegal narcotics from the vehicle’s window.  The vehicle crashed near the Highway 11 exit in Slidell, and Perkins was taken into custody.