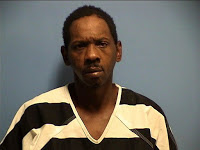 Buckley is accused of raping a woman during a home invasion in Covington on July 20, 2020.

Covington Police Department's Criminal Investigations Division dedicated more than 130 man-hours to the investigation and, with the help of the Patrol Division, gathered sufficient evidence to bring charges in less than 48 hours.