Jail records indicate Joseph W. Kennedy, age 36 and a resident of Highway 438, has been jailed in Washington Parish at least ten times since 2007, with his October 28, 2020  arrest being the latest. Responding to a report of a single vehicle wreck north of Franklinton, Washington Parish Sheriff’s Office deputies discovered an unresponsive Kennedy behind the wheel. The car he was driving, which was registered to a woman in Sandy Hook, Mississippi, had left the road and was resting against a telephone utility box.

Responding deputies noticed various forms of illegal drugs and drug paraphernalia in the car as they forced open a window and gained access to the vehicle. Kennedy, who was sweating profusely, woke up at that time and immediately began claiming he was only parked on the side of the road to take a nap and that he had not done any drugs. Evidence at the scene, including the testimony of an off-duty officer who witnessed the accident, indicated otherwise.

After being medically cleared by responding medical personnel, Kennedy was arrested and transported to the Washington Parish Jail. He was booked into the jail on seven counts of possession of illegal drugs, including methamphetamine, Xanax, marijuana, cocaine, crack cocaine and morphine, in addition to drug paraphernalia. He was charged also with careless operation of a motor vehicle. 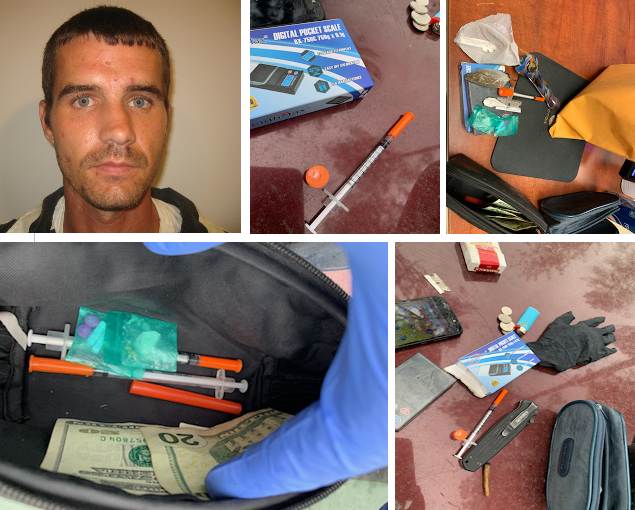 “How fortunate that he did not crash into another vehicle,” stated Sheriff Randy Seal. “His reckless behavior could easily have impacted innocent motorists in the area. Obviously, his lifestyle is one that promises only a dismal future.”