Thefts Solved and Arrest Made by WPSO 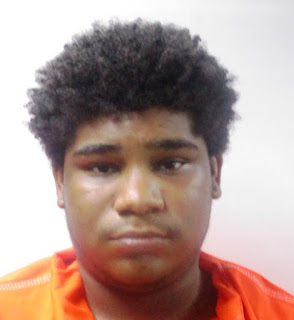 The October 16, 2020 arrest of Colby Ahmad Johnson, age 20 and resident of Otis Bickham Road north of Franklinton, solved several parish crimes, including the burglary of a business on Highway 438. Johnson’s crimes involved juveniles who were arrested and charged also.

Washington Parish Sheriff’s Office Detective Demmie Rice conducted the investigation which led to Johnson’s arrest and the recovery of stolen items including handguns and a four wheeler. All stolen items were returned to their victim owners. Other officers were involved in responding to the crimes, including Detective Captain Tom Anderson, Lieutenant Michele Clayton, Sergeant Michael Thomas and Deputy Chance Johnson.

Colby Johnson was booked into the Washington Parish Jail charged with burglary, unauthorized entry of an inhabited dwelling, theft of firearms and contributing to the delinquency of a minor. His bond was set at $7,500.

“This is an excellent example of a team effort that resulted in a good outcome,” stated Sheriff Randy Seal. Although our officers may be involved in responding to various crimes, they work together, compare notes, identify suspects and then move on to an arrest. I couldn’t be more pleased with the hard work of all of our officers.”