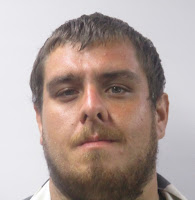 Timothy Dewayne Mizell, age 25 and a resident of Lee Road, was arrested Sunday (October 25, 2020) and booked into jail on charges of unauthorized entry into an inhabited dwelling and simple assault. The arrest was made by Washington Parish Sheriff’s Office Sergeant Michael Thomas.

After a resident denied Mizell entry into her house, he reportedly went into the yard and dropped his trousers, exposing his buttocks. He then returned to the residence and shoved the resident aside as he made his way into the house. The resident then shoved him outside through another door and locked doors to the house before calling the Sheriff’s Office.

Sgt. Thomas responded, located and arrested Mizell, and transported him to the Washington Parish Jail.

“I’m just glad the situation didn’t escalate into something more serious,” stated Sheriff Randy Seal. “When emotions run wild, it is so easy for something much more serious to occur. Thanks, Sgt. Thomas for responding and handling this matter.”