The St. Tammany Parish Sheriff’s Office has arrested Terri Smith (49), the acting office manager of a 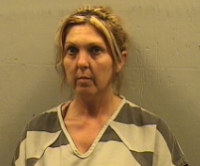 Slidell-area apartment complex, for theft. She is accused of embezzling $86,968.50.

In January 2020, the St. Tammany Parish Sheriff’s Office was made aware of a large embezzlement from a Slidell-area apartment complex. Between January and September of 2019, Terri Smith of Pearl River was the acting office manager in charge of overseeing and depositing rent payments made by tenants. A forensic audit of the of the company’s finances showed $86,968.50 in missing cash, which was intended as rent payments made by tenants.

Through several months of investigation, detectives with the St. Tammany Parish Sheriff’s Financial Crimes Division were able to develop probable cause to believe Smith stole the cash, and on Tuesday (June 23, 2020), detectives obtained an arrest warrant for Smith.