Project Save Bogalusa, aka Bogalusa Rebirth, will be hosting the following home ownership event June 17, 2017. Recently, Project Save Bogalusa became certified as a Community Housing Development Organization (CHDO) by the Louisiana Housing Corporation following the guidelines required by HUD. Home ownership is an American value, the cornerstone of our economy, and the key to building wealth.
But did you know that


June is National Home Ownership Month and the housing fair will feature other organizations focused on housing topics such a first-time home ownership, obtaining a clear title on heir property, foreclosure prevention, programs for homeowners repair and improvements, and the availability of housing choice voucher programs.
The goal of the housing fair is to inform the public on the opportunities that are available to them and ways to make the community a great place to live. 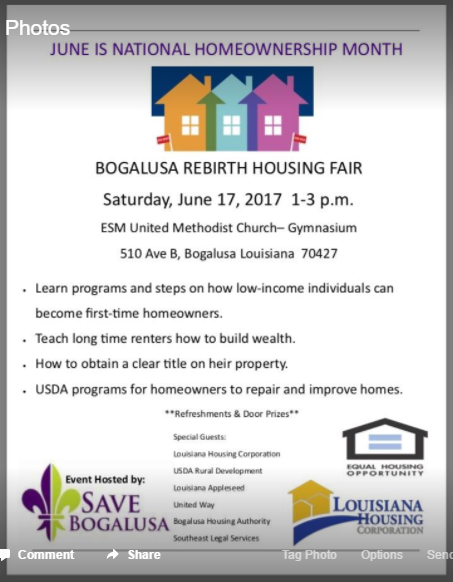