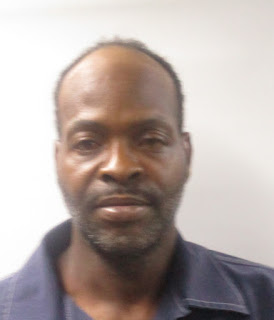 On Sunday (November 15, 2020), Washington Parish Sheriff’s Office deputies Norman Taylor and John O’Hern responded to a residence north of Franklinton to investigate a man who refused to leave after being ordered to do so by the homeowner. Officers discovered Marcus Lenard Kagler, age 47 and a resident of Rufus Warren Road, sitting at the kitchen table in the residence.

Kagler is well known to law enforcement in Washington Parish and a records check indicated he had outstanding warrants for two counts of failure to appear in court and failure to pay more than $8,000 for child support. He also had an outstanding warrant from the Louisiana Division of Probation and Parole. Kagler was transported to the Washington Parish Jail and booked on those charges. Bond has been set at $9348.00.

Jail records indicate that Kagler has a history of incarceration in Washington Parish beginning with a 2010 arrest for theft of a firearm and being a fugitive from another jurisdiction. The 2010 arrest was followed through the years by five others on a variety of charges, including two counts of burglary, seven counts of failure to appear in court, aggravated battery and resisting arrest by flight on foot.

“I remember when Kagler fled on foot and was pursued by our officers. He led them on quite a chase,” stated Sheriff Randy Seal. “Although this was a routine call for our officers, it led to the capture of a wanted man. Good job, Deputy Taylor and Deputy O’Hern.”