Washington Parish Man Back in Jail for the 10th Time 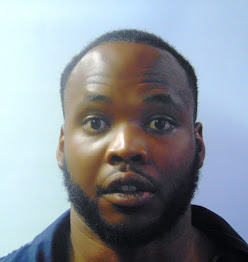 On Monday (August 31, 2020),  Derrick Dewayne Gibson, Jr. (28) was arrested by the Washington Parish Sheriff’s Office and placed in the Washington Parish Jail where he remains without bond pending a mandatory appearance before a 22nd Judicial Court Judge. Gibson, a resident of March Robinson Road, was arrested by Sgt. Jay Dupre and Sgt. David Cupp.

According to jail records, this is Gibson’s tenth incarceration in Washington Parish. His previous arrests began in 2011 and include possession of illegal drugs with intent to distribute, possession of drug paraphernalia, resisting arrest by aggravated flight,  obstruction of justice, possession of illegal drugs, resisting an officer, driving while intoxicated, traffic offenses, introduction of contraband into the jail, domestic abuse battery, and failure to appear in court.

“Ten arrests in less than ten years is difficult for honest citizens to comprehend,” stated Sheriff Randy Seal. “It’s always good to get a career criminal out of our community and I applaud Sgt. Dupre and Sgt. Cupp for their good work in this matter. It’s obvious they saved an innocent woman and child from harm.”