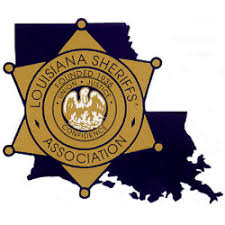 The following media release received from the Louisiana Sheriffs’ Association (LSA) states that for the first time in LSA history, the LSA endorses a Presidential Candidate.

Sheriff Ard says, “President Trump has repeatedly sided with law and order. The men and women who choose to serve and protect across our great country know we have a proven leader in Donald J. Trump. We endorse a leader who supports our mission of working with citizens to maintain safer communities.”

The meeting was held today via Zoom at 10:00 a.m. Louisiana Sheriffs voted by email ballots immediately following that meeting. At 1:05 p.m. today, it was certified that the LSA voted to endorse Donald J. Trump.

The Louisiana Sheriffs’ Association is a bipartisan organization, composed of Louisiana’s 64 sheriffs and nearly 14,000 deputy sheriffs, established to represent Louisiana’s chief law enforcement officers across the state. The Association’s purpose is to maintain the constitutional authority of the sheriff as chief law enforcement officer, ensure the delivery of first-rate services, and to sponsor legislation that promotes the administration of criminal justice."