Disturbance 2. Another tropical wave is located over the eastern Atlantic Ocean just west of the Cabo Verde Islands. The northern part of this wave should move rapidly westward over the central Atlantic during the next few days. It is not forecast to develop as it is expected to remain in unfavorable environmental conditions. However, the southern part of the wave may develop early next week when it begins to move slowly westward over the eastern and central tropical Atlantic. Formation chance through 48 hours is at 0% but formation chance through 5 days is at 40%. 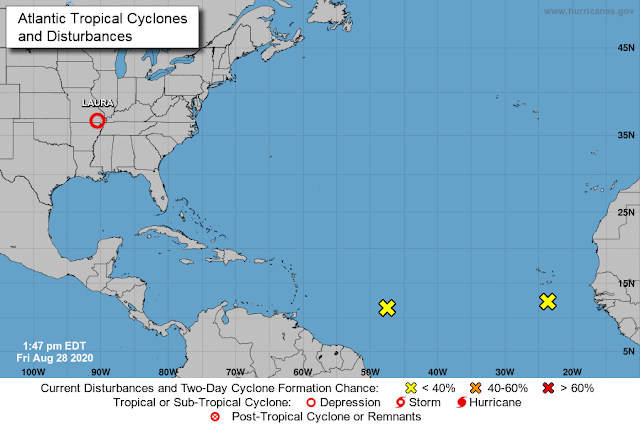