Disturbance 1. Post-Tropical Cyclone Marco is moving west just offshore the coast of Louisiana, sustained winds are near 30 mph, and is expected to dissipate by early Wednesday.

Disturbance 2. Tropical Storm Laura is expected to strengthen into a major hurricane over the northwestern Gulf of Mexico on Wednesday. The current (7:00 am) track is west-northwest turning northwestward through Wednesday night as it moves over the central and northwestern Gulf of Mexico tonight and Wednesday.  Maximum sustained winds have increased to 70 mph and significant strengthening is forecast during the next 48 hours. Tropical-storm-force winds extend outward up to 175 miles from the center. Significant rainfall is expected. 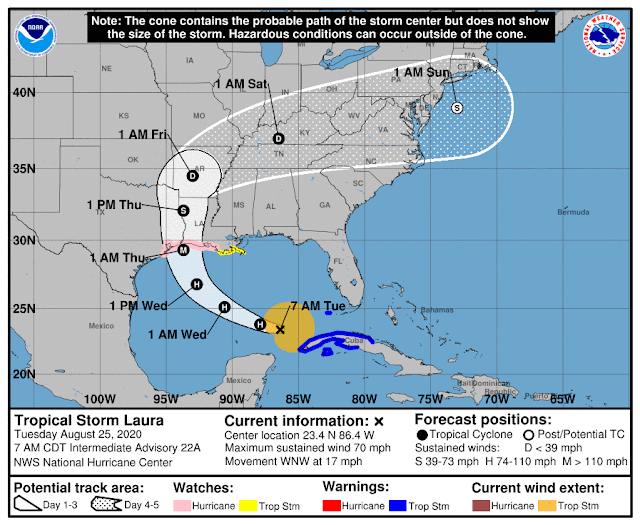